I wrote this for our society’s on-line newsletter..

On the 20th December, WolvAS practical observers once again gathered at Halfpenny Green Vineyard for an observing session. Our previous visit to the vineyard was in November 2019, where we successfully viewed the transit of Mercury (covered in Lyra, December 2019).

This time, it was the close conjunction of the gas giants Jupiter and Saturn that we were hoping to observe. The greatest conjunction would be on Monday the 21st, with the planets appearing a mere 0.1 degree apart, but with 100% cloud cover forecast for that day, society members tactfully took advantage of the clear skies forecast the day before. Luckily, we were rewarded with a fine view of the two planets in the south/south-west, just after sunset.

And what a fine array of telescopes there were! From my notes I see there were a couple of Skywatcher 6” reflectors, one of them on a fantastic home-made mount with a magnetic encoder, made from reclaimed materials. I took my my 8” inch reflector on a new Vixen EQ mount (on loan from Steve). There was a pair of really nice newly acquired Opticrom 20X80 binoculars, a Maksutov-Cassegrain ED 80, an EDF 60 reflector, an eight inch Meade LX90, an Orion LX 200 and a 127 Maksutov. I also took a small table-top dobsonian, and there was a small refractor set up too.

Before the planets came into view, I tried some basic single-shot lunar imaging with my Canon 750 through my 8” reflector, the distinct ‘chain’ of craters Theophilus, Cyrillus and Catharina were lit quite dramatically near the terminator.

And when twilight came, what a lovely view of the two planets we all had! They looked stunning through the eyepiece, and Steve Morall captured a lovely single half-second shot that mirrored perfectly what we saw through our eyepieces. Adam Foster also got some great images from video with his Canon 600 through his Skywatcher reflector. He later aligned the video in PIPP, stacked in AutoStakkert!3 and edited in RegiStax 6 and Photoshop CC. Adam’s done some very successful astro-photography this year, his blog is well worth visiting at https://adamsastrojourney.wordpress.com/

The planets remained in view till around 7pm, and some of us stayed behind for a deep sky session. Despite the cold we managed to make observations of some of the brighter deep sky objects visible at this time of year. These included M31 (the great Andromeda Galaxy), M32 (another galaxy in Andromeda), M27, the Dumbell Nebula in Vulpecula. M57, the Ring Nebula in Lyra. M15, a bright globular cluster in Andromeda, M2, another globular cluster in Aquarius, and M36 and M38, two open clusters in Auriga. Binocular views of M45, an open cluster in Taurus (the famous Pleiades, of course!) were stunning, and just rising, M42 (the great Orion Nebula) was even visible at low altitude through the Wolverhampton haze in the distance.

It was a very successful Sunday afternoon, and our first official physical society gathering (albeit socially distanced), since March. Once again, we are extremely grateful to the staff and management of Halfpenny Green Vineyard for letting us use the site, it was perfect!

A very pleasant evening on the meteor-watch, with a couple of astro-buddies. We saw about 17 meteors in total, and I did some ‘greatest hits’ astronomy with a mount that needs replacing, basically. When I arrived, Saturn and Jupiter were just turning in for the night.
. 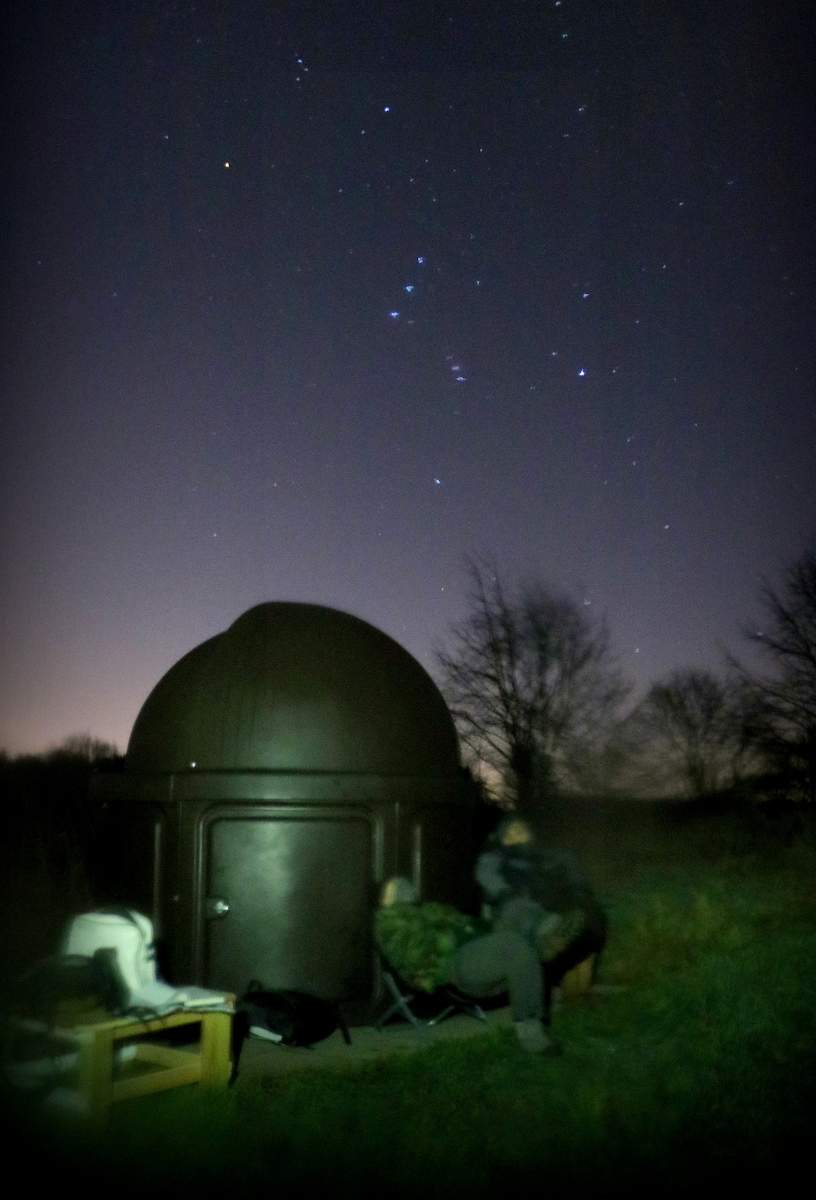