Saturn is in Sagittarius now, and a wonderful sight it is. It’s a great time for planets, with Mars, Saturn and Jupiter in the sky towards the south/southwest. I’m hoping to get an image of Mars later tonight. But first, a few things from an observing session earlier this week.
Sagittarius has more Messier objects than any other, fifteen according to my Universe From Your backyard book. I took my new 52mm Canon lens out to Boscabel House and managed to capture a few Sagittarius deep-sky objects with an 8 second exposure. It’s a fantastic constellation to do a binocular sweep on, and I also saw M11, the Wild Duck Cluster. Naughtily, I didn’t make notes, so, clear skies permitting, I’ll re-visit them tonight. I also used the 4″ Heritage on M8, M20 and M11 and had fine views of all of them. I’m pretty sure I haven’t studied M8 before, and certainly not in recent years.

Before leaving Sagittarius, here’s a more natural-looking picture of Saturn from almost a month ago, from the same spot.

Despite not having astronomical darkness, I also tried some long exposure shots of the area around Deneb, in Cygnus. On this quite badly-coloured shot, I can make out the North American Nebula. 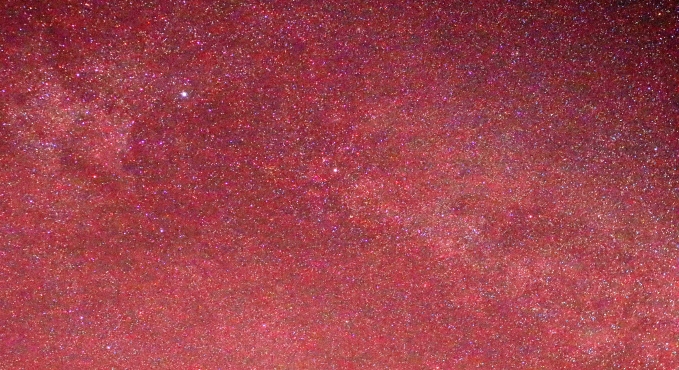 And lastly, M31, the Andromeda Galaxy. How sad to think that under a truly dark sky, this isn’t far away from what you’d see with the naked eye. This took an eight second exposure.